History made as first Murray cod stocked in South Australia 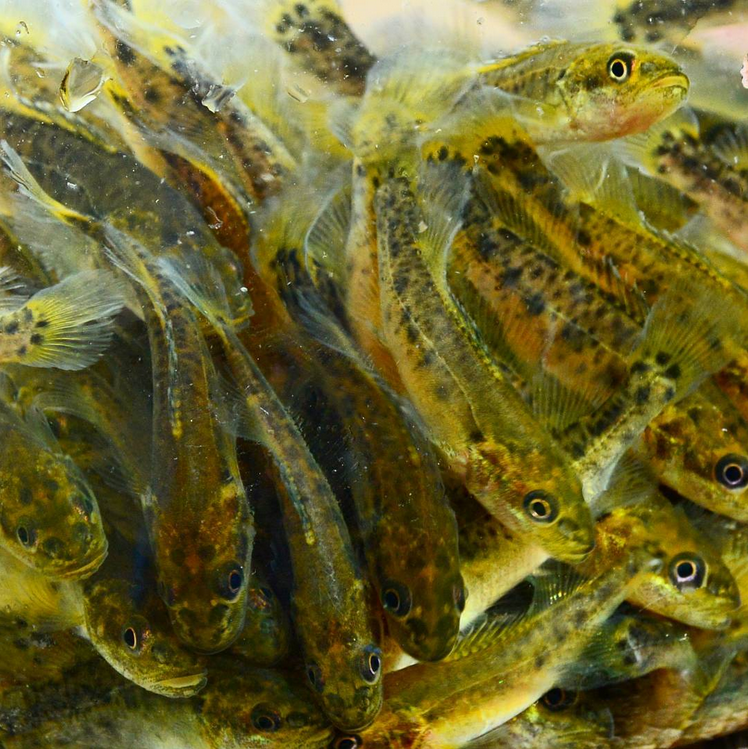 On February 2, 40,0000 Murray Cod fingerlings were stocked into the Murray river at Kingston and Swan Reach. This came after the SA Government had earlier confirmed that 100,000 Murray Cod will be stocked in the river over coming weeks. RecFish SA has been strongly advocating for this outcome and have been working constructively with fisheries managers, scientists, local communities and recreational fishers  for many years.

RecFish SA coordinated teams of volunteer fishers who were on hand to release the fish into suitable habitat, along the selected stretches of river at both locations. All present were very excited when the Snobs Creek hatchery truck arrived with it’s precious cargo. The fingerlings were in excellent condition and the liberation teams reported that the fish were quick to swim away and seek cover among snags and vegetation.

The fingerlings, which were purchased by the South Australian Government from Victorian hatcheries, have all been marked with a non-toxic dye called calcein. This dye can be detected under UV light and it is hoped that this will assist monitoring teams to track the survival and movements of the stocked fish.

We would like to thank all involved who have been working hard to lay the foundations, which has enabled this first stocking to finally take place. This includes all of the recreational fishers from the Lower Murray Lure Fishing Club and the Riverland Fishing Club who have participated in fish survey days and all the community members and the Murray Cod Interest Group who have attended public forums, or who have been in contact to provide support and advice. A special thanks to the volunteer fishers and Kingston Primary School students who donated their time and boats to release the fish.

Murray Cod numbers remain at historically low levels in South Australia, despite a no-take policy being in place for many years. While there has been some evidence of localised Murray cod recruitment around certain flowing anabranches like the Chowilla system, generally the long term trend in the South Australian stretch of river has seen older fish remain, without significant numbers of new recruits. Meanwhile interstate, long term stocking, as well has habitat and flow works, have seen encounters with this iconic fish become much more commonplace.

While only the initial stocking of 100,000 fish has been funded by the SA Government, RecFish SA are committed to working with SA Fisheries and the recreational fishing community to establish a sustainable funding model for future stocking. Be sure to sign up as a member for free to get the latest developments delivered to your inbox.