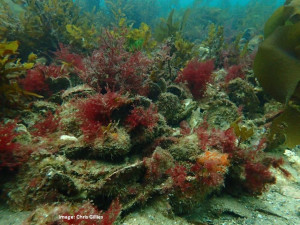 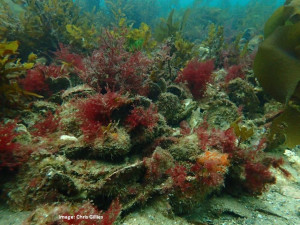 The Nature Conservancy Australia and the Federal Government have announced some great news for South Australian recreational fishers, Yorke peninsula communities and the Gulf St Vincent Environment, with a $990,000 commitment to build an even larger native oyster reef off the coast from Rogues point, just south of Ardrossan. This commitment comes from the National Stronger Regions Fund to help keep the Yorke Peninsula a top destination for recreational fishers and is a partnership between The Nature Conservancy Australia, The SA Government and Yorke Peninsula Council. RecFish SA were please to provide an official letter in support of the application.

It was announced earlier this year that the SA Government commitment of a new artificial reef for recreational fishing would take the form of an multi-substrate oyster reef just off the coast from Rogues point on the north east Yorke peninsula. This latest funding adds to investments already committed by The Nature Conservancy, the South Australian Government and Yorke Peninsula Council, creating a multimillion dollar boost to reef developments in the area.

This funding sets a unique precedent in Australia, given that the commitment comes from the National Stronger Regions Fund. This decision recognises the productive potential of reef restoration and the role that reefs play as natural infrastructure, providing social, economic and environmental benefits.

The project will support new jobs during the construction phase, as well as providing an ongoing boost to the local recreational fishing industry.

“This new reef will create new fishing grounds for local fishers as well as tourists who love to cast a line when visiting the Yorke Peninsula”, said David Ciaravolo, Executive Director at RecfishSA.

“This is a great example of how investing in natural infrastructure can also support the local economy by creating jobs and supporting businesses benefiting from the services provided by nature, such as recreational fishing”, said Dr Gillies.

The project is a critical step in The Nature Conservancy’s efforts to restore native shellfish reefs across southern Australia with benefits for people and nature. These once prolific reefs provide important habitat for a wide range of fish species, as well as many other marine creatures such as octopus, native sea-star and rock lobster. Oyster reefs also help to filter nutrients from our coastal waters improving water quality. 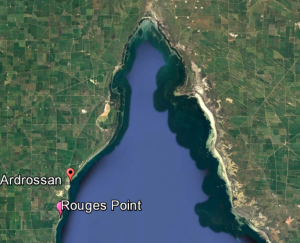 In a statement on his website, Federal Member for Grey, Rowan Ramsey said “The landscape-scale (20 hectare) construction of shellfish reefs near Stansbury-Androssan, Yorke Peninsula, South Australia will result in new, long term jobs opportunities and economic benefits for the region through fishing tourism and sustainable aquaculture.”

He also explained the key benefits saying “Shellfish reefs are an essential piece of marine infrastructure, many of which that have been essentially denuded by overharvesting in colonial times. Re-building this infrastructure will create up to 25 full time jobs in construction, aquaculture, tourism and the service sector. Long-term outcomes include boosting fish numbers by restoring highly productive habitat which is critical for the future prosperity of Yorke Peninsula coastal communities that have steadily developed tourism as an essential component of their economies.”

The Yorke Peninsula  Council is contributing $100,000 to the project with CEO Andrew Cameron sayng “this is the first large scale blue infrastructure project to be built in Australia”.

“Tourism is crucial to our local economy and the flow through benefits to our region will be significant, creating jobs in the construction and operational phases as well as through increased international and national tourists. The reef will also be extremely attractive to local and state recreational fishermen with excellent access from several boat ramps” said Mr Cameron.

The news was also welcomed by the South Australian Government, with Minister for the Environment Ian Hunter explaining that it is an important step given that prior to European settlement, shellfish reefs covered 1500 kilometres of the SA coastline.  Australia has lost 99 per cent of native shellfish reefs and globally an estimated 85 percent of oyster reefs have been lost, making them the most threatened marine habitat in the world. 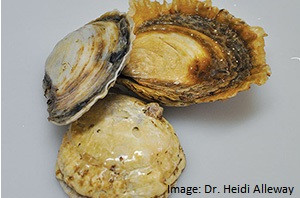 “This is the largest reef restoration project outside the United States and places an international spotlight on South Australia. Once its full fishing potential is realised, the reef will reel in recreational fishers and create further tourism and economic prospects for this top South Australian fishing destination.” Mr Hunter said.

RecFish SA congratulates the Nature Conservancy Australia and their partners for the great work in pulling this project together. We will continue to support and work with partners and stakeholders to pursue the best possible outcomes for the South Australian recreational fishing community.