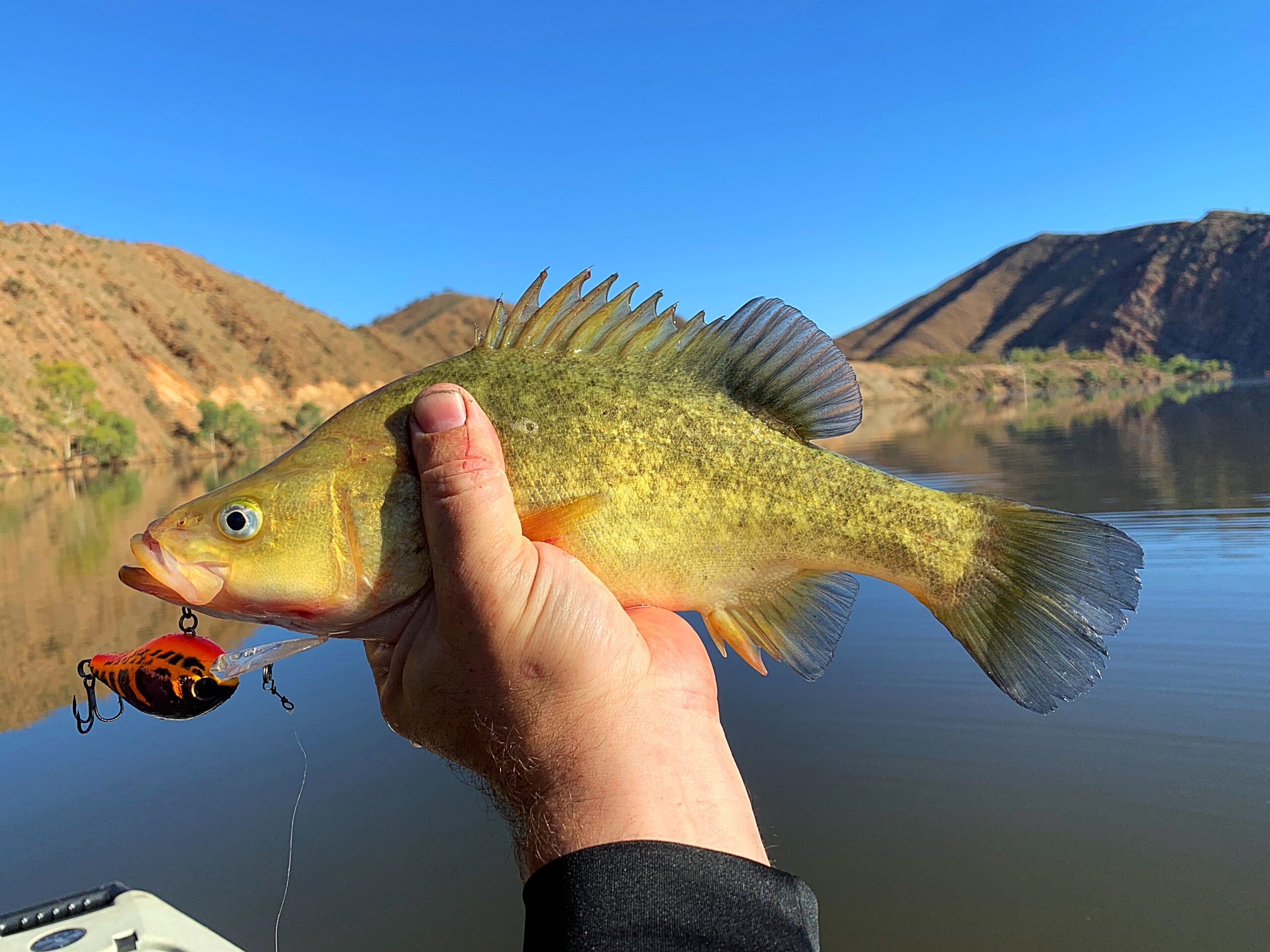 STOCKING OF AROONA DAM – SUCCESSFUL
Over the weekend, RecFish SA completed a citizen science survey of Aroona Dam to assess the results of the stocking of Cod and Callop in Feb 2019.
RecFish SA were joined by some dedicated members who generously volunteered their time to assist. Setting up the science station on Saturday morning before launching just after first light, it wasn’t long before it was clear, Aroona had become a very productive fishery. Before lunch break the team had managed to process 8 healthy Golden Perch through the science station, carefully measuring, weighing and even tagging a select few fish for ongoing data monitoring. The fish were then released in good health to continue their journey in developing Aroona Dam into what will undoubtably become a trophy fishery. After lunch the fishing continued and even more fish were processed through the science station, concluding a very successful visit to this hidden gem that is Aroona Dam.
Through this citizen science survey we logged a total of 12 Golden Perch out of approximately 15 caught by the team. Fish ranged from 30.5cm to 39cm, with the average being approximately 35cm of growth over the 2 years since stocking occurred. All fish were in extremely healthy condition and took a liking to a wide range of lures including spinnerbaits, diving cranks and spinners. Lures are certainly the recommended method of fishing as a large population of turtles makes bait fishing difficult. Whilst there were no Murray Cod caught this trip, there were promising signs for the future with 2 sighted during our visit.
RecFish SA hope that Aroona Dam will bring much needed tourism to Leigh Creek and surrounding townships as it becomes a trophy fishery that has the potential to attract anglers from all around the country. We intend on discussing future stocking with the Government and PIRSA, with a desire to see it continue. The original stocking was funded by the Department of Environment and Water (DEW) in the hopes of boosting tourism to the region.
We wish to sincerely thank the Warren RFC and our members/volunteers, Luke Chamings, Chad Soper, Nicole Birrell, Dave Long and Christopher Long, for volunteering their time to assist us this weekend. All had a great time taking part in this successful citizen science survey and look forward to visiting Aroona again in 12 months for a follow up. 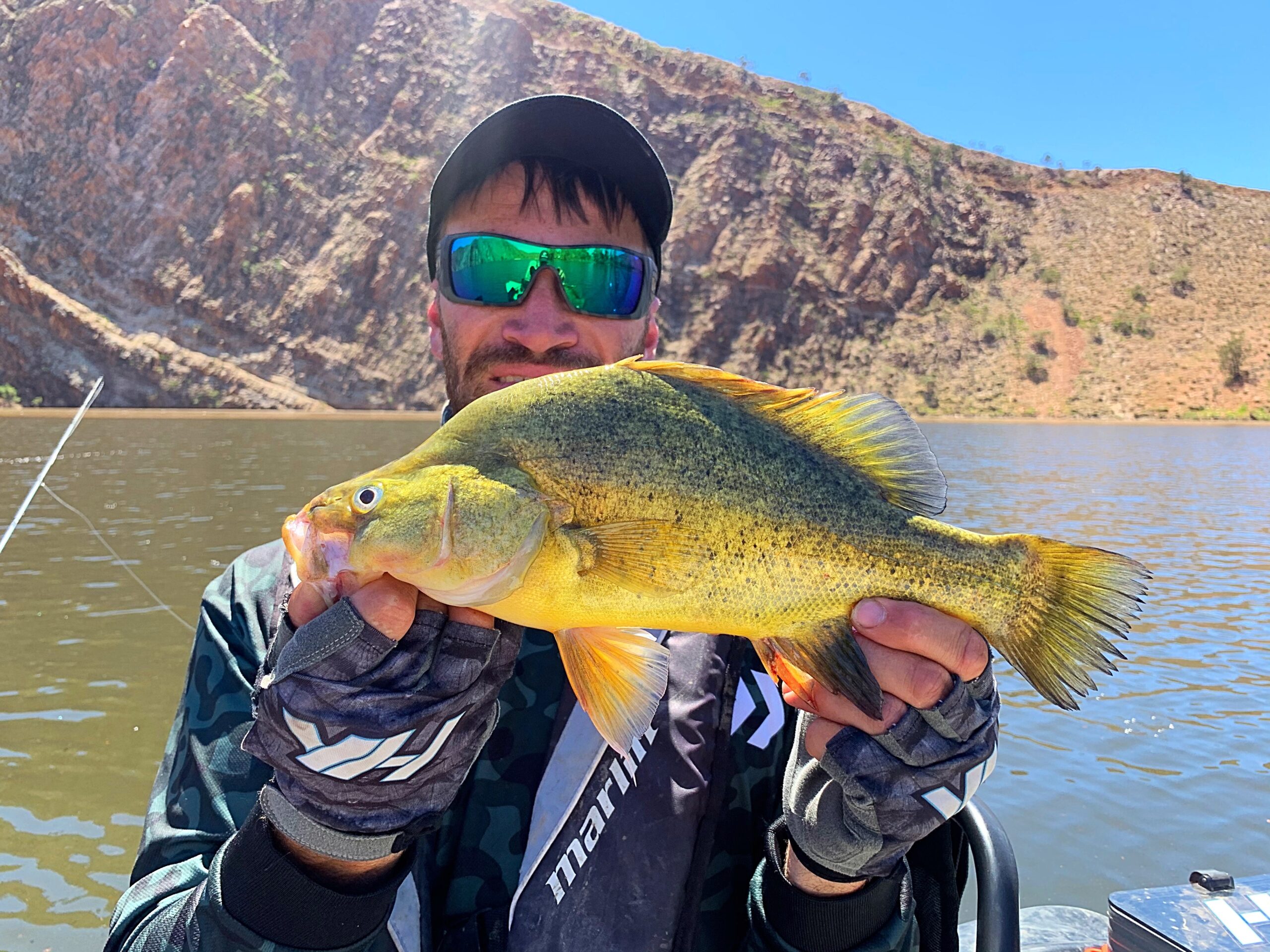 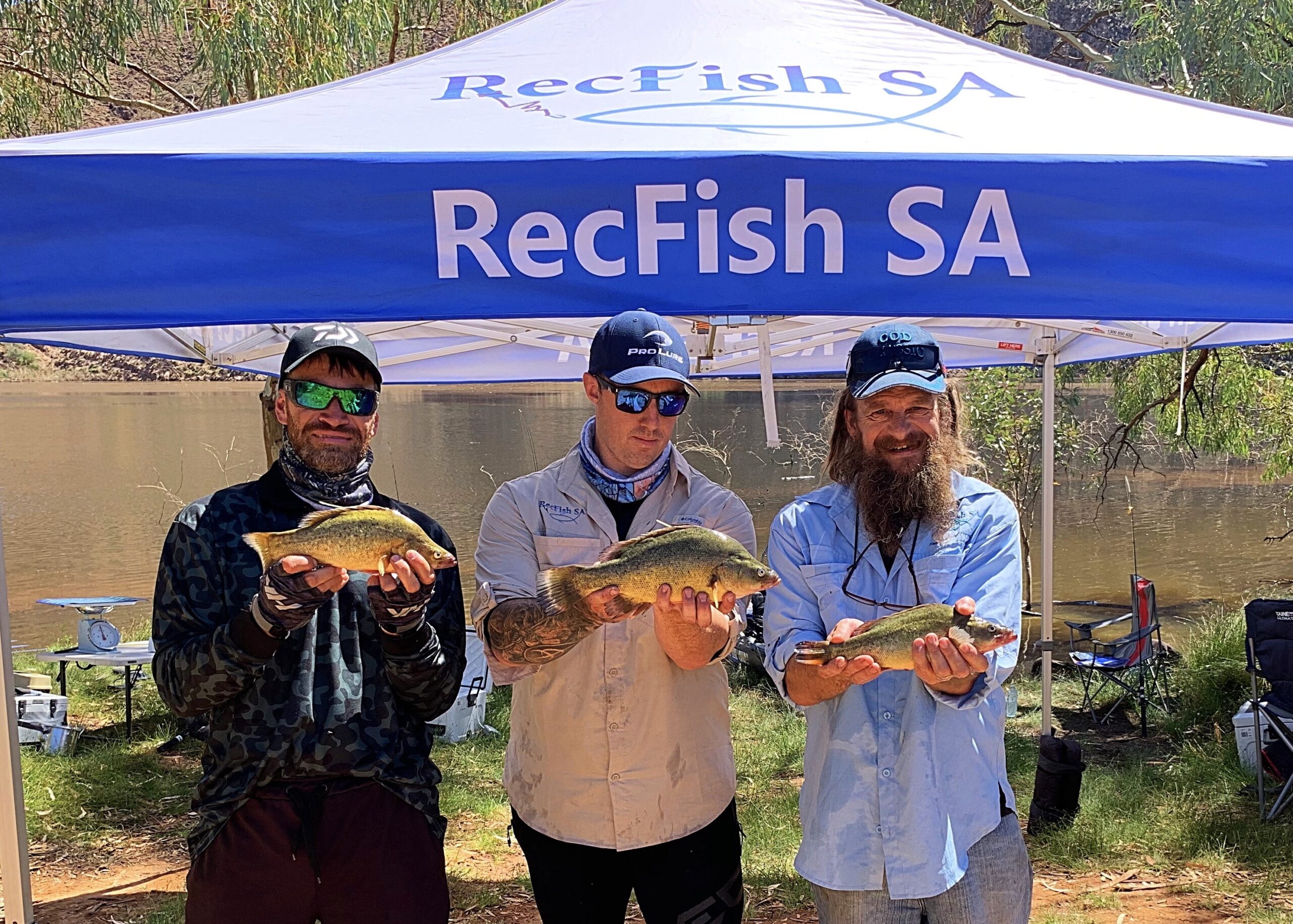